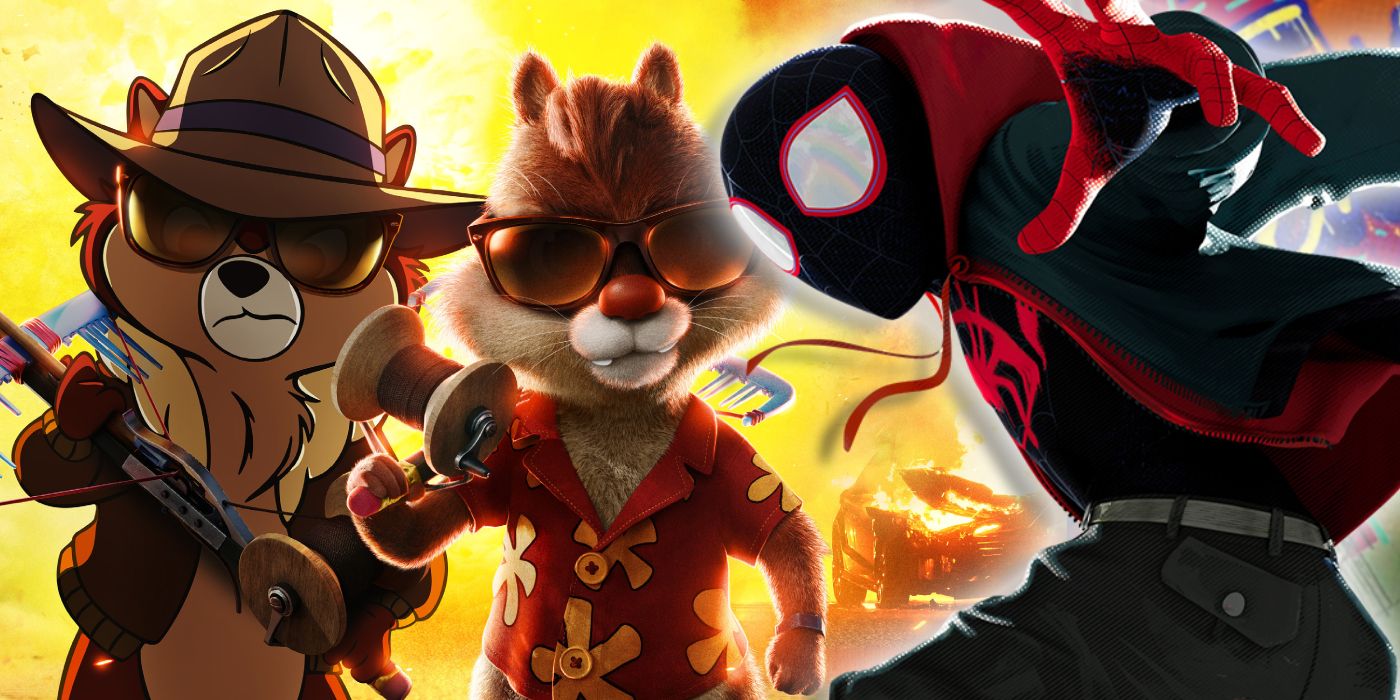 Concealing in the background of one specific scene from the brand-new Disney+ initial movie Chip ‘n Dale: Rescue Rangers is a nod to Sony Pictures Animation’s 2018 animated Marvel movie Spider-Man: Into the Spider-Verse.

At one point in Rescue Rangers, the iconic piece of street art Miles Morales (Shameik Moore) produces with his uncle, Aaron Davis (Mahershala Ali), early in Into the Spider-Verse‘s runtime shows up on a wall behind Chip and Dale. Attending to the Easter egg, Spider-Verse writer and manufacturer Phil Lord tweeted, “Chip and Dale are canon.”

Into the Spider-Verse premiered in theaters on Dec. 14, 2018. The movie follows Miles, who should become his universe’s brand-new Spider-Man after being bitten by a radioactive spider and seeing the initial Spidey, Peter Parker (Chris Pine), pass away at the hands of the Kingpin (Liev Schreiber). Miles gets some aid from other Spider-People from throughout the multiverse, consisting of an alternate variation of Peter (Jake Johnson) and Gwen Stacy/Spider-Woman (Hailee Steinfeld), Spider-Man Noir (Nicolas Cage), Peni Parker (Kimiko Glenn) and Spider-Ham (John Mulaney). The movie was an enormous success, taking house the Oscar for Best Animated Function Movie at the 91st Academy Awards.

On the other hand, based upon the 1989-1990 animated series of the exact same name, Chip ‘n Dale: Rescue Rangers premiered on Disney+ on Might 20. The movie stars the abovementioned Mulaney opposite Andy Samberg as the voices of timeless Disney characters Chip and Dale, respectively. Rescue Rangers‘ other cast members consist of the similarity Kiki Layne, Will Arnett, Eric Bana, Flula Borg, Dennis Haysbert, Keegan-Michael Secret, Hair MacNeille, Seth Rogen and J.K. Simmons. Surprisingly, Into the Spider-Verse isn’t the only Marvel residential or commercial property to get a shout-out in the movie, with the character Tigra likewise making a cameo look.